Our client was faced with an opposing party who resisted all efforts to permit forensic analysis of his computing devices. After obtaining court orders directing the opposing party to turn over the devices, Mark Spencer and his team at Arsenal went to work in a meticulous and dogged fashion, and their efforts were game-changing. Not only did they show that the opposing party had installed and executed a data destruction program on the devices the day before court-ordered production, but they were able to locate a crucial back-up of mobile device data that escaped the destruction effort and contained a veritable trove of damning information. At each step, Mark and his team defined and executed their plan in a professional and highly capable manner, and they were able to explain their findings in clear terms to counsel and the court. In short, their work was invaluable.

Mark Spencer of Arsenal Consulting delivered a captivating and informative two-hour presentation on digital forensics to about one-hundred state and federal criminal defense attorneys. Mark was impeccably prepared. He invited and addressed questions from the attendees, many of whom went out of their way to tell me how much they enjoyed and benefitted from the presentation. I would highly recommend him as a speaker, and I would not hesitate to retain Arsenal to assist with complex digital forensics issues.

Our members were fascinated by Arsenal Consulting’s previous presentation on digital forensics and cyber-detecting in the Sledgehammer case, so we were thrilled to have Mark Spencer return to present Arsenal’s work to exonerate imprisoned journalists from Odatv. Although few of our mystery writer members have the expertise to comprehend the details, Mark was able to present the case in a clear, intriguing fashion for a non-technical audience. And digital “evidence-tampering” is a hot topic for our members, always looking for a new slant on crime.

While driving recently, I saw a car accident. I didn't get a good look at it, but I do have a dashcam (from when my daughter was learning to drive). I unplugged the dashcam (to "save" the video, so I thought) but ended up damaging the video file. Fortunately, Mark Spencer and his team at Arsenal Consulting were able to repair it, and now it can be useful to those involved!

Mark Spencer of Arsenal Consulting discussed digital forensics and electronic evidence tampering at our defcon617 meeting in early February 2018. Not only was it entertaining and thought-provoking, but it was informative and educational. The entire group was riveted by the content and ability of Arsenal to have discovered what they did.  We received tremendously good feedback from participants afterwards, including seasoned information security professionals, many of whom are not easily impressed. The content was relevant, interesting, and insightful, and the presentation was well-crafted and exceptionally delivered. I definitely look forward to working with Arsenal Consulting again in the future.

You want the digital forensics experts at Arsenal Consulting on your side. Their service is outstanding: they act quickly, they provide an appropriate plan of action, and they explain complicated technical topics in a way that it is easily understandable to a layperson (or a lawyer). I recently worked with them on a non-compete matter where Arsenal discovered through their digital detective work that my client's former employees had secretly downloaded substantial amounts of confidential information prior to leaving to form a competitive business. As a direct result of Arsenal's work, we were able to obtain a quick and favorable resolution of the matter. I would absolutely work with them again.

Arsenal’s Mark Spencer was an intriguing speaker at Paraben’s Forensic Innovation Conference. His presentation showed the value of digging into the bits and bytes of an investigation and reminded the attendees what going the extra mile in digital forensics looks like.

Everyone at Arsenal is friendly, professional, readily accessible, responsive, efficient, and so much more. As an attorney working for a non-profit, Arsenal was extremely generous in providing their expert time, energy, and resources. Without Arsenal’s help, we would have been restricted from being able to assist our client with their forensic needs and recovering potential evidence. Our forensic needs were time-sensitive, but that was no problem for Arsenal; it was remarkable to see how quickly Arsenal conducted their work and were able to compile a report. Without a doubt, I would recommend and use their services again.

Arsenal Consulting’s Mark Spencer presented "High Stakes Evidence Tampering and the Failure of Digital Forensics” to the ISSA of New England. Over one hundred cyber security professionals from Boston-area corporations learned about sophisticated evidence tampering that resulted in the imprisonment of journalists. Arsenal's many years of digital forensics experience have clearly made them experts in their field.

Our clients were facing the possible loss of their professional licenses. Mark and his team did a terrific job in a short amount of time. They were able to help us identify what data needed to be archived and devised and ran searches that we used to prove our clients' innocence. They were very helpful and responsive as they walked us and our clients through the process. I recommend them without reservation.

Arsenal’s Sledgehammer presentation is more suspenseful than any thriller, more fascinating than fiction. Mark Spencer and the real life cyber-detectives of Arsenal provide a riveting and eye-opening insiders’ look at the authentically terrifying methods used to twist a software noose around the necks of innocent people—and the brilliant crusading computer experts who untangle the seemingly impenetrable maze of techno-code.  A life-changing presentation—somehow Spencer makes even the most complicated computer sleuthing understandable, accessible and profound.

Arsenal Consulting has established the importance of 'Digital Forensics' in Turkey. They have been instrumental in educating the public about the tampering of electronic evidence and its impact on judicial processes... for these reasons, Arsenal's contribution to the rule of law in Turkey is undeniable.

As a private attorney who also contracts with the Commonwealth of Massachusetts, I was defending a case in which a large percentage of the evidence was electronic - email, Craigslist, and Facebook messages. In order to successfully defend my client, I needed an expert in computer forensics that not only had expertise in unraveling a complex trail of electronic communications, but was also experienced in preserving evidence in accordance with Massachusetts law. Mark Spencer (Arsenal President) was great! He even created an easy-to-understand report for the District Attorney which summarized the electronic evidence and explained the scam we uncovered. I would definitely hire him again.

Arsenal adds value to a typical computer forensics investigation. They work to understand the important factual aspects of your case, applying an intense desire to uncover the details and an expertise enabling them to dig deep into the recesses of data storage devices to find helpful information. It is Arsenal's curiosity and tenacity that sets them apart. On every case Arsenal has worked on for us, they have managed to locate smoking gun evidence in a variety of places.

I have worked with computer forensics teams on numerous white-collar matters in the past, and Mark Spencer and his team at Arsenal were unquestionably the best I have seen. Mark offers the unique combination of knowledge, tenacity, and attentiveness. His work is relentless and painstakingly accurate. In our case, Arsenal was hit with numerous complex forensic issues - foreign language searches, sifting through unallocated space, searching efficiently with little guidance of what to look for, characterizing the opposing sides' evidence in forensically accurate ways, working with classified materials, and so on. Our case was challenging for everyone involved, and without Mark, we simply could not have provided our client with the best defense. I would recommend Arsenal to anyone seeking computer forensics expertise without any hesitation.

Our client was faced with a very difficult situation - A long-time senior engineer had spent nine months planning to go into business with the client's competitor. He had been systematically taking proprietary information from the client and jeopardizing their long-term existence. With the assistance of Arsenal Consulting, our client proved beyond a doubt that this employee stole proprietary data in an attempt to eventually put them out of business. A lawsuit soon followed and because of Arsenal's work, we were able to obtain a more than satisfactory result soon after it began. Arsenal has their act together. They acted quickly, and surgically guided our client through the computer forensics process.

I hired Arsenal Consulting after receiving several threatening email messages from an anonymous individual. Time was of the essence and Mark Spencer's team was able to pinpoint where these threats were coming from which led to the identification of the perpetrator himself. Had I not hired Arsenal, Mark Spencer, and his private investigators from American Investigative Services, I can only imagine the time, energy, and resources I would have expended to get my legal team the information they needed to make the threats stop. Thank you, Mark.

Mark Spencer is our "go-to" guy for any type of computer investigation, and always delivers excellent results. On a recent assignment involving disparaging comments posted on the Internet about one of our corporate clients, Mark was instrumental in working with us to pierce the veil of the poster's presumed anonymity, resulting in a positive identification of the responsible party. Arsenal Consultants and American Investigative Services have frequently joined forces to achieve successful resolution of the most challenging cases involving the preservation and analysis of electronic evidence. When it comes to computer investigations, there's no one I trust more than Mark, who is dedicated, thorough, and a pleasure to work with.

I have terrific technical sources all around the world by now, including in the CIA and the FBI, but when I need help dealing with computer forensics and cyber-crime, I always turn first to Mark Spencer. His knowledge is encyclopedic, yet he's able to explain complicated concepts in a way that even I can grasp. I'd hire him in a second.

Having Mark Spencer work on the computer-forensics side of our litigation was a great experience. Speaking with Mark, I felt much better about our chances for data recovery. Within a few days of Mark's team working on our hardware, we found exactly what we expected - and what we needed for our case. Having Mark and his team on our side was outstanding. Nothing is more important than having all of the facts uncovered and available to bolster your case. I would recommend Mark and his team to anyone. 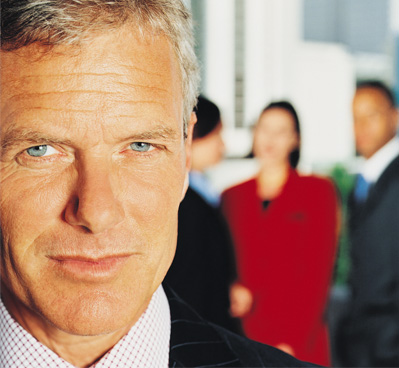 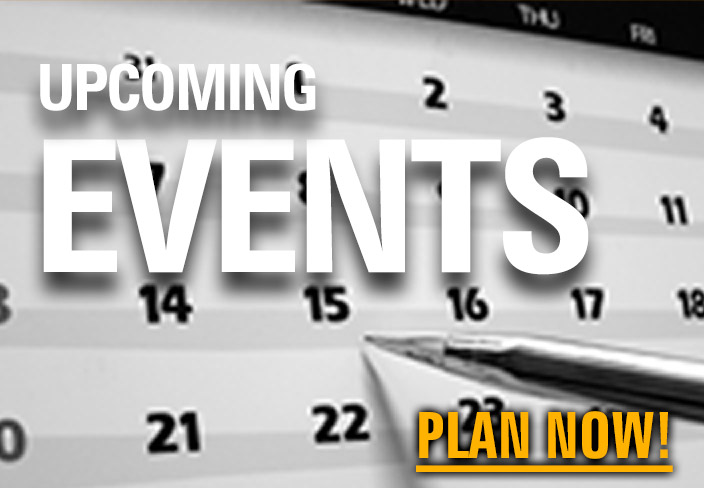 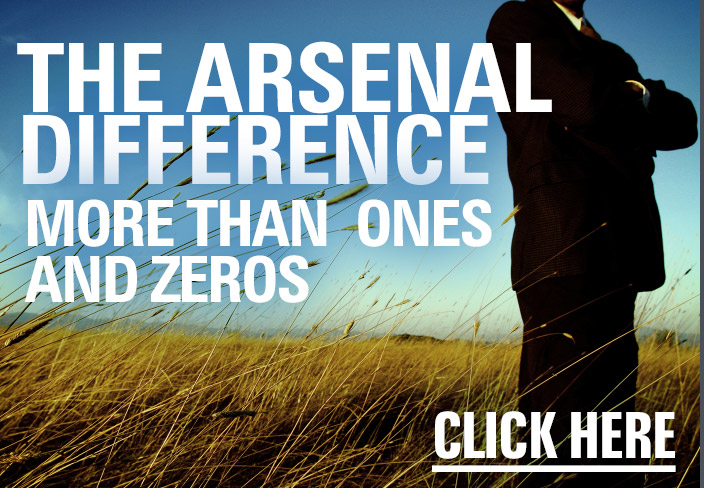